is part of the Informa Markets Division of Informa PLC

This site is operated by a business or businesses owned by Informa PLC and all copyright resides with them. Informa PLC's registered office is 5 Howick Place, London SW1P 1WG. Registered in England and Wales. Number 8860726. 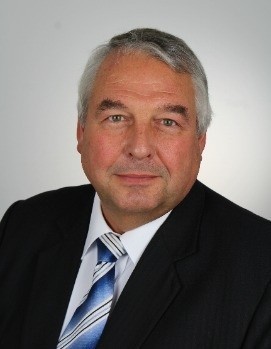 Prof. Dr. Gernod Dittel, born in 1957, has a
degree in mechanical engineering. After his studies of mechanical engineering, he worked as construction design supervisor and project manager in the industry
before founding DITTEL Cleanroom Engineering in Kochel am See/ Ried in Upper Bavaria in 1993. Dittel earned his doctorate at California State University
& Institute USA in the Department of Neuronal Human Implants After a structural reorganization of DITTEL

Engineering, which was made by the 01st of June 2009, and the transfer of the management for engineering to his son Florian Dittel, now, Prof. Dittel takes the position of President for the whole company.

DITTEL Engineering designs supervises and
qualifies cleanroom production facilities in turn-key, especially in pharmaceutics, cosmetics, medical engineering, microelectronics, optics, mechanics and plastics engineering. The company has customers based in Europe, the USA and in Asia.

Dittel was member of the German Mirror group, managed by DIN and ISO furthermore he was the vice president of the organization for 25 years. 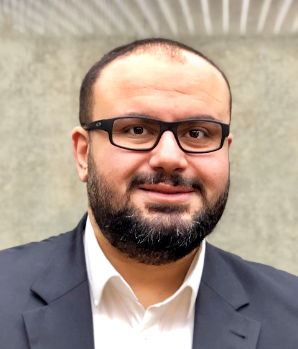 Born in 1981, Holding a degree in Business Administration "Managment" from the University of the District of Columbia, Washington DC, in 2003,

Marzouk has 17 years of experience in international sales and marketing in Europe and the MENA region.

He has been Business Development Manager at DITTEL Engineering since 2014.

Also, the Business Development Manager of the Adriatic Institute of Technology AIT in Ancona, Italy (subsidiary of DITTEL Engineering for
Innovations).

Since 2018 he has overseen marketing and press relations for the German Cleanroom Institute (DRRI) as well. 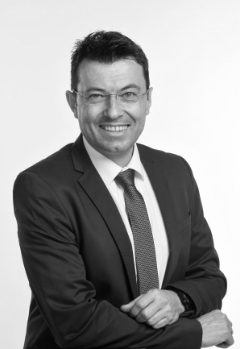 Matthias Buttazoni has a degree in process engineering from the University of Technology
in Graz, Austria and is responsible for the technical areas of Ortner Reinraumtechnik from project management, planning and electrical engineering to
the installation, commissioning and qualification of complex systems and equipment for the pharmaceutical and life science industries. He is
particularly committed to process engineering and apparatus design. Several chemical and technical developments have been successfully implemented under his direction. 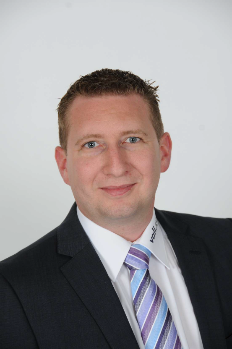 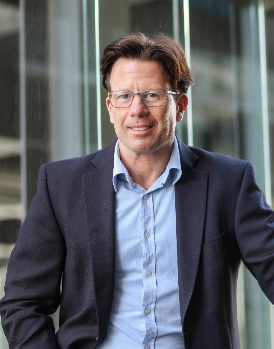 Timo Krebsbach has more than 16 years of professional experience, both in a variety of contract laboratories and in a variety of positions.
After his studies in Biology and his subsequent doctorate at the University of Bonn, Timo Krebsbach was employed in microbiological quality control in a medium-sized contract laboratory in Germany for 10 years. Here, as Division Manager of the Sterility Testing Department, his responsibilities included the sterility tests performed in a cleanroom and in isolators.
Between 2012 and 2014, he worked as Division Manager, Marketing & Sales, in a German medium-sized contract laboratory. After completing his extra-occupational MBA studies, he moved to the HHAC Labor Dr. Heusler, a medium-sized GMP contract laboratory in Germany, as its Business Development Manager in 2015. He has been the Managing Director here since October 2015.
Timo Krebsbach has written several technical publications on microbiological and outsourcing topics and is a regular speaker on issues relevant to GMP at national and international events. He is also a visiting lecturer at the Albstadt-Sigmaringen College of Advanced Education. 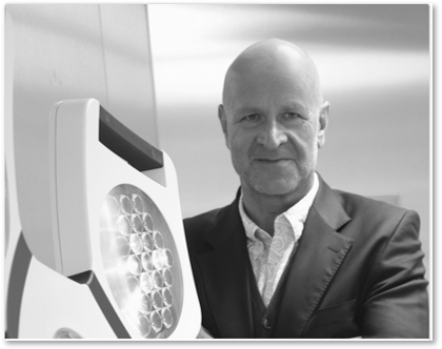 TU ChemnitzIn the Cleanroom, Industry since 1989 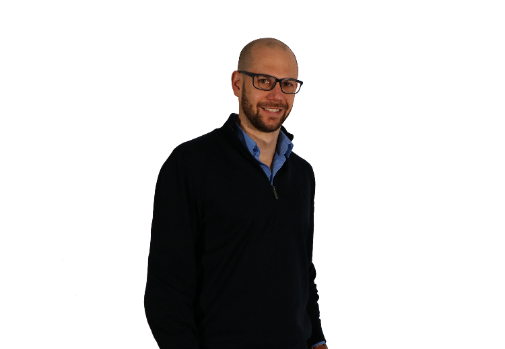 Joachim Becker studied and researched at the University of Applied Sciences in Hanover in the field of electrical engineering on the most efficient use of modern LEDs, especially the thermal coupling of ultra-compact heatpipes. This resulted in the first LED usage at the focus point of standard reflectors. Thanks to this patented technology, it was possible to significantly improve the efficiency of conventional lamps. At that time, halogen lamps could not only be replaced but also completely superseded.With his move to the field of surface and color control, especially for the automotive sector, Mr. Becker expanded his personal expertise in the global environment. The combination of LEDs with sophisticated micro-optics resulted in further patents of their own, which can currently be used for various industrial innovations. In the foreground of these developments was the exact demarcation and improvement of the contrast representation. By using laser-cut plastics, Mr. Becker succeeded in perfecting the redirection of light within these high-tech materials. This basic research and the know-how in market-oriented products should now also support and develop the existing technologies in the cleanroom. Above all, the stress-free use of LED light is of utmost importance for humans. The advantages of monochromatic light are to support the employees in various areas of their daily work in the clean room. 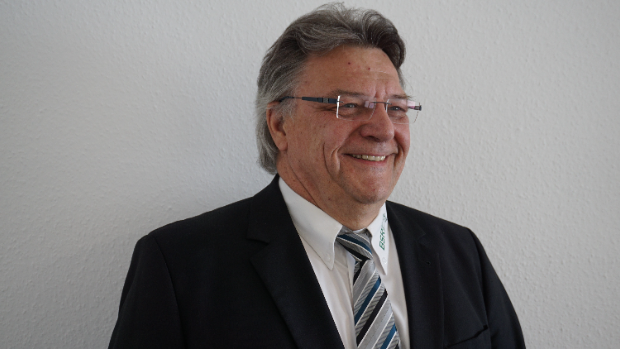 Jürgen Blattner studied after completing high school at the University of Karlsruhe (TH) process engineering, with a focus on filters and particle measurement. After graduation he worked from 1990 to 1997 at the company Palas in Karlsruhe. During this activity he came into contact with clean room technology for the first time. His field of activity included u. a. Aerosol generation and measuring technology in cleanroom technology. From 1997 to 2003 he worked for the company CAS AG.
In 2003 he founded the BSR Ingenieur-Büro. The field of activity of the BSR extends from the qualification of cleanrooms, the required measuring devices and the monitoring of cleanrooms.
Since 1992, Jürgen Blattner has worked as a speaker in about 150 seminars on cleanroom technology and published about 50 specialist publications in the field of measuring and clean room technology. He is also a member of the standards committee VDI 2083 and also a member of the FARRT (Expert Committee for Cleanroom Technology). 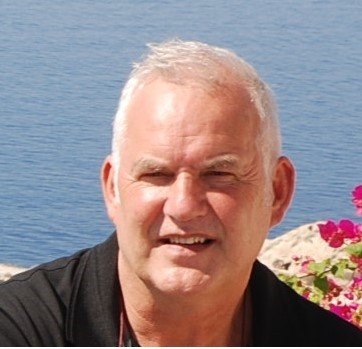 owner of the bureau “PMMR Projektmanagement

Dr Rommel Is the owner of the bureau “PMMR Projektmanagement Dr. Michael Rommel”, and is specialized for structuring and the full leadership of high complex projects in medicine, semi-conductor and other industries. He focuses on Projects that have a high degree of relationship between the process inside and the performance provided by the building technique.After studying civil engineering at Technical College in Leipzig, Dr Rommel lead a laboratory for building diagnoses. He then earned a doctorate degree in non-destructive testing for diagnoses of buildings.Furthermore, he was part of the leadership of the Berlin establishment of TÜV BT and  the leadership of ZÜBLIN-Enterprises. 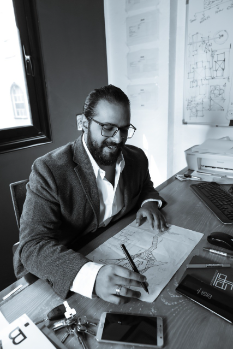 A young and optimistic architect, Mohamed Hamada Abdel-Aziz has undergone extensive training in many facets of architecture and project management in different corners of the globe. His vision for change in Egyptian architecture soars on two wings: The wisdom of the ancient Egyptian builders and the needs of the future Egyptian generations.

With award winning designs already on the shelf before reaching the age of 30, there’s no doubt that the coming years will see him play a role in a monumental shift in the
architectural paradigm in the region. 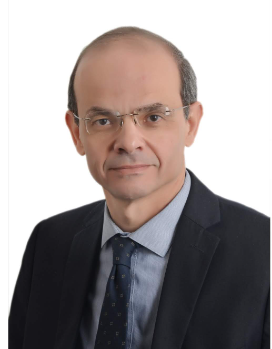 Adviser to the Minister of Finance

Dr, Sherif was appointed as the Adviser to the Minister of Finance, for Facility Management in 2013 and still is. He is also a Board Member of the General Authority of Urban Planning since 2014 and a borad member of the General Authority of Survey.Sherif is also a Consultant for UNDP, FAO, World Bank, Cabinet Ministers, Ministry of health, Ministry of Population and other local & international organizations besides being the Founder & a Board Member Egypt Development Corridors Foundation, 2012 to present